I haven’t posted in the last 4 days because I’ve been in a mini-slump (and no one came to claim the $100, which shows not many people are reading this site ;P). It’s over now, and I’m back on the awesome side.

I think I may have programmed myself to not hear my alarm xP. But I’ve got Shai back here living with me again, and we’re keeping eachother awake again.

I’ve got till the end of the month to reach a 7 day streak. That’s 23 days left.

Time to rock it.

I’m not sure what day I’m on now…if I count yesterday, this is day two. But I spent much of yesterday morning in bed, waking up every 10 minutes or so and then going back to sleep for 10 more.

Does that count as staying polyphasic? I’m not sure, but I think it doesn’t. If you have a short gap in between your naps, your body just registers it as one sleep.

This is getting annoying.

I’ve decided that, if I haven’t made 7 days in a row by the end of the month, I will take a two week hiatus from work to get it under control. I will still write a few SEO articles a day and make my RS calls, but those will be secondary. The most important thing and the only thing I will use self control for will be becoming polyphasic.

If, after those two weeks, I am still not polyphasic, I will have to shelve this goal until my life gets a bit more stable. Okay, this month is gonna rock. I expect to have a pretty solid income of at least $100/week and be easily sleeping 2-3 hours a day by the end of May.

The overarching goal for this month is to make $200/week in a manner that is contributing to my year goal of an automated $3500/month. I will settle for $100/week if I can not reach $200, but if I cannot reach even $100/week, I will have to get a job and/or get financial help from family, government, etc.

I also expect to get pro at sales calling and SEO article writing. I expect these will be the main way I achieve the $200/week.

So, this months financial goals:

I’ve largely shelved this goal until my polynapping is programmed into my body and I have a few bucks to spend on enjoying myself. That said, I’ve had some success getting laid (but I think that was half luck).

My goal this month is simple. Talk to the majority of girls I find cute. It’s that easy.

I’m working on removing my sense of self from the reactions of others (and from many other things), and so this will help me shake off any rejections or even encouragements I get and not let them effect me any more than I want.

I have ramped up the importance of becoming Polyphasic. I know that, if I achieve it (and add in the productivity I will gain from Wake Up Productive), I will be able to get more done in a day than I used to get done in 3.

I will also be able to pursue both $3500/month and becoming a great lover without running low on time or having the two clash.

So it’s become a major focus.

I’ve got quite a few challenges going on at the moment. I’ll list them and their progress as of yesterday:

I want to go at least 7 consecutive days in at least 3 of these. I predict they will be n-back, alarm conditioning, and polynappy.

Here are my optional goals this month:

Now, MAKE IT A REALITY! 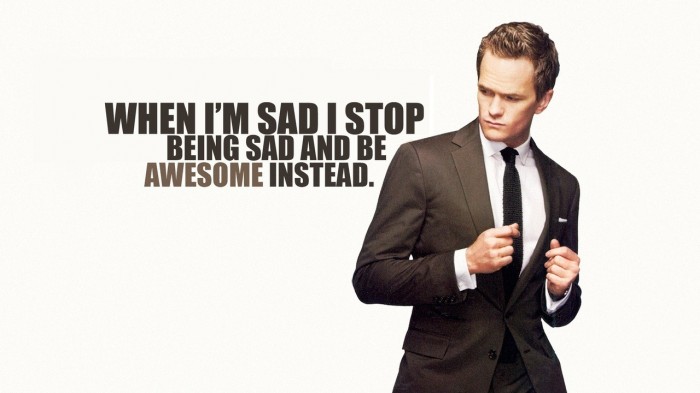 Whew, it’s been an amazing month, and it’s only just starting.

I’ve gone from depressed, broke, living at home, and near friendless to invigorated, owning my own place, surrounded by awesome people, and still broke xP.

I’ve joined Stepan’s business and brought on an SEO master, and we’re headed for a few hundred or thousand dollars per month in automated income in a year or so. I’ve gotten laid for the first time in forever, I’ve gotten half polyphasic, and I’m just rocking it like a boss.

So, onto the review:

Become a Master Pick Up Artist

This goal got unintentionally shelved yet again by polyphasic sleeping (clubbing was killing me), and intense business goals. I’ve done some work on online dating, and I’ve used text game, a good wingman, great alone game, and a shitton of luck to get with my third girl ever (and, icing on the cake, she’s a totally cool chick. Great fuckfriend material.)

I’ve also gotten more involved on TML, masturbated very little, and met a ton of local PUAs (a few in Toronto, but more in my new hometown of Montreal).

I’m still think this is an awesome idea, but it’s time consuming. Most of my time is devoted biz and inner self improvement at the moment, but I’ll get back to this once I’m making a hundred or so a week through an automated stream.

I didn’t do much intentional cross testing, but I did use quite a few approaches repeatedly and got a good feel for how they work.

Read 9Ball, some of DYD, and just a touch of Zan’s archives. I’ll revive this goal when I’ve got a few hundred and I’m back into game (I’m sick of postponing game man)

I stuck with TML and abandoned fastseduction.

I think I did even less than this.

Last time I posted, I said I was a sham of a copywriter. I was only half right.

My writing itself is awesome and always improving. But my ability to deal with clients and give them what they wanted was horrible. I’ve left freelance copywriting behind and begun writing for my own ventures. I’m considering SEO article writing as the quality of articles can be lower and I am therefore less likely to do a bad job and/or have to edit my work according to my customer’s needs.

I had a ton of Rad Nomad goals; I didn’t achieve a single one. No worries, I think Rad Nomad is a great idea, but not a fast cash source (which is what I need now). I’ll definitely turn it into a major blog, store, community, etc. at a later date.

I also had the goal of booking some talks and getting some clients for Referral Squirrel. I failed here as well, only managing to book one talk and get no clients. This, however, is not for lack of trying. I think my calling strat needs some SERIOUS refinement, and I’m gonna have frequent calls and editing with Andy (as well as getting some advice from other sources) to fix this.

I’m still rocking the Uberman, but I’m not making much progress. That said, I’m trying hard (and I’m trying even harder now), and my body’s adapted to the 21 hour days and many parts of the uberman process. I’ll get there, soon.

My travels landed me with an apartment in Montreal. It’s simply awesome.

Alright, so yesterday I talked about how I’m getting too comfortable being in perpetual transition and will begin taking this whole thing a lot more seriously.

Then I passed out for 8 hours today.

Anyway, I’m still taking the whole thing seriously, so today I’ll be making a list of the things I’ll do to make it through. I’ll post that soon.

P.S. Today’s oversleeping was at least a product of pure exhaustion. I did not wake up and fail to leave the bed, I did not fall into the “5 more minutes” trap, I straight up slept through both alarms.

This is weird. Yesterday was one of the hardest nights to stay awake yet, and yet I was on my first night. I think it was a combination of residual sleep deprivation, sleeping in a comfy bed under warm sheets in a cold room, and me and Shai feeding off each other’s tiredness.

Also, I’ve managed to get to a point where I am once more low on free time. I forget the name of the law, but it states that the percieved importance and time requrement of a task is proportional to the amount of time given to complete it.

That leaves me with around 3hours free every day xP.

P.S. I’m afraid I’m getting a bit too used to being in perpetual transition. Alongside Shai, I’m gonna start taking this a lot more seriously. Not being late to naps, ensuring I wake up on time, keeping my naps restful, perhaps spending my nights in cafes. I have to give this (and building an automated income) everything I’ve got.

P.P.S. Watch this video…it will motivate you to destroy mountains in the pursuit of your goal.